For a second time we took part this June in the National Association of Black Journalists’ Convention and Career Fair (NABJ). This year the conference, a wonderfully swankier affair from our last attendance, was held in New Orleans, Louisiana. And so it was a perfect way to launch our summer web series Black Folk Don’t, which is set on the streets of New Orleans for its second season. Our launch started with a panel discussion titled “Black Folk Don’t Live In Downton Abbey,” and culminated in a community screening in collaboration with the New Orleans Film Society and the Ashe Cultural Center.

Our panel was definitely an eyebrow raiser at the conference, mainly because we were a public media interest in a sea of commercial media, but also because having Downton Abbey’s Dowager Countess (Maggie Smith) on your postcard will generate a lot of curiosity at NABJ. Our panelists had an insightful conversation, and I was honored to be part of a selection that included Black Folk Don’t series creator and director Angela Tucker; Marie Nelson, Senior Director of News/Original Programming over at BET NEWS; and our moderator, the Executive Producer of the award-winning film Precious, Lisa Cortes of Cortes Films. 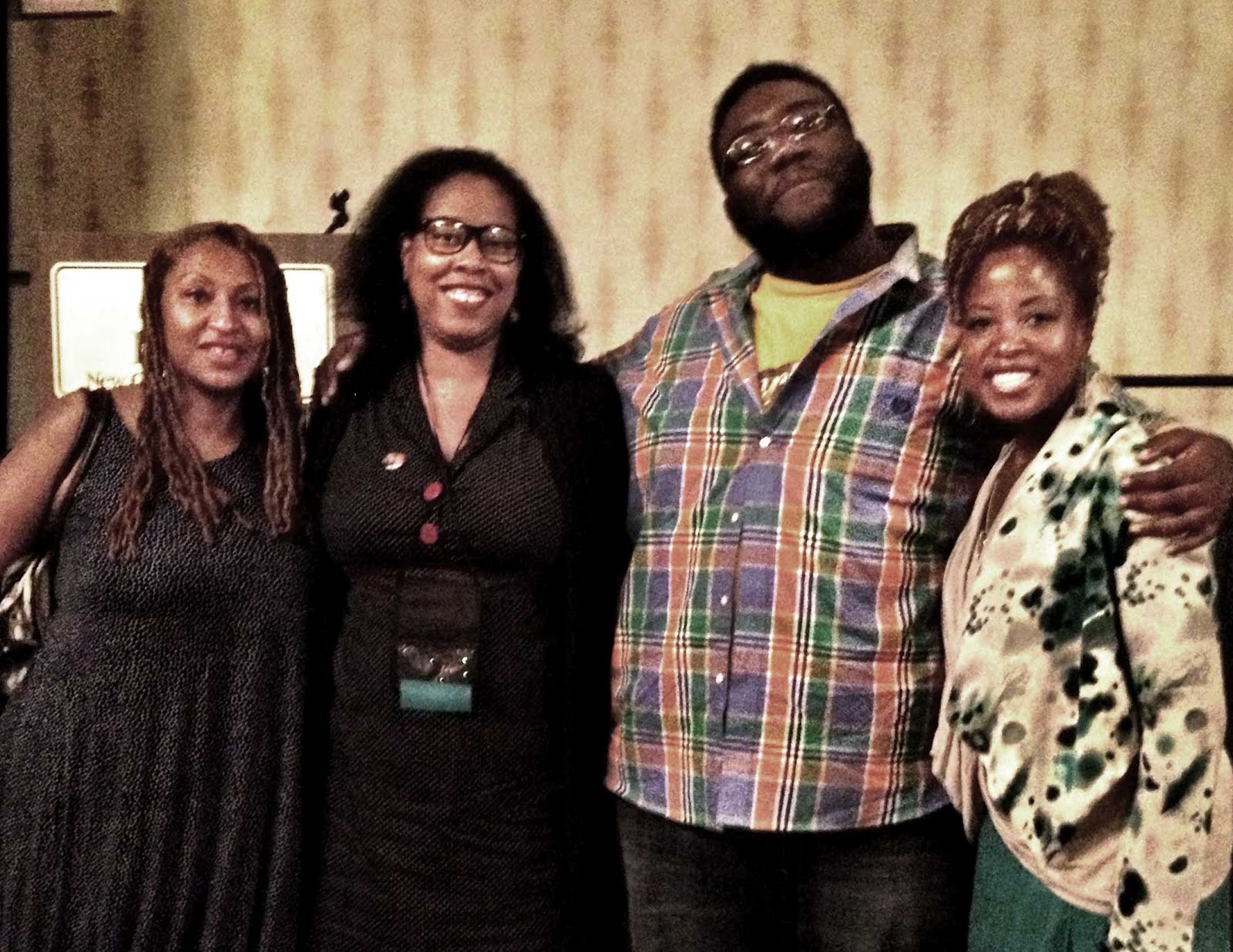 A lot of our conversation flowed toward arguing for more representation of Black content on public television, in lieu of British fare like Downton Abbey. We even discussed the new public TV channel WETA UK, a new digital channel in Washington D.C. that’s “devoted to British television programming at its best, around the clock, seven days a week.” Presumably WETA UK is in competition with BBC America in that market. What’s also interesting is that out of 145 shows in the 2012 pipeline, only 10 involve stories about African Americans or have African Americans in principal roles. At the panel, we also showed a short video we produced that promoted the panel, in the style of the Black Folk Don’t web shorts.

Our video received a lot of Twitter feedback, and we noticed we stepped on some Downton fan toes with our short spoof. “I get it’s rhetorical strategy & agree there should be more black folk on pub media” said @starfishncoffee. “But come on. A whole lot of the black people in my life are Downton heads.” And @tressiemcphd said: “even tho I got its point it couldn’t be made to shame PBS & not us? @BLKPublicMedia I suspect I agree with your mission just not that short :)”. We took it all in love and were very glad the conversation started. (Some of us here are actually Downton heads too, shh, don’t tell!). But we just need to play devil’s advocate here; despite its success, does having Downton Abbey and the other British content, usurp the space of more legitimately American content on public television? With only about 30 titles out of 145 in the 2012 pipeline representing communities from all our sister organizations and ourselves combined (Asian American, Pacific Islander, Latino, and Native American), the answer appears to be a loud “Yes”.

Moving on, we had a great time in New Orleans, even at the crazy carnival atmosphere of Bourbon Street –  which is a singular experience for sure! And we look forward to another NABJ Conference, as we were lucky to see sneak peeks of the new Quentin Tarantino film Django Unchained, (all we can say is brace yourself for that one), and also screenings of the much acclaimed Beasts of the Southern Wild, and Spike Lee’s new joint (we can’t say much about that until early August, but look for a review from us on that then.)

In the meantime we hope you continue to chime into the Black Folk Don’t conversation, as we greatly enjoy hearing your thoughts. A recent favorite was this feedback via Facebook – Brenande said: “Well I do tip and swim and I would camp, though camping scares me. We as Black people have to say I will or can. We cannot set limits on ourselves as black people.”